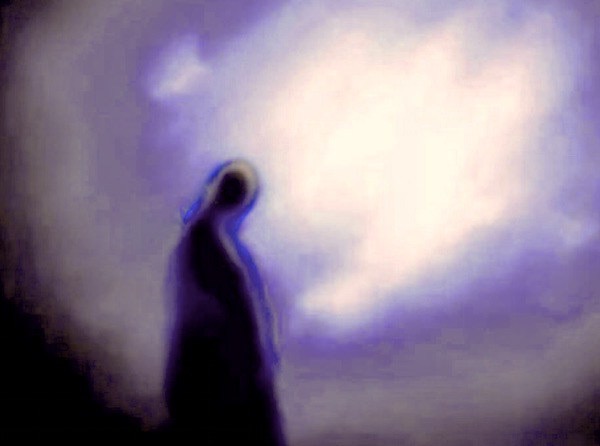 This presentation is intended for informative purposes only. Not all paranormal investigators follow this protocol but in my experience as a psychic medium this would be the proper steps to take when coming face-to-face with these entities. Whether you are investigating on your own or investigating for a client, great care should be taken. As with any investigation there are risks and chances that an investigator will take but with proper knowledge of the situation you can make the right call.

I would like to start off speaking about the most common types of pseudo-hauntings which would be residual imprints. Many clients Report of paranormal instances that replay over and over whether they be at certain times of the day or night or specific times of the month. Many report that these instances are the same every time re-played over and over with no consciousness of the living or it’s actual environment. For example a few haunting’s in Saint Augustine Florida, which I’m sure a lot of you are familiar with, report that they will see an entity every evening at the same time with its feet just below the floorboards. This would be explained by the fact that the original floor was a foot below and the residual energy keeps replaying the same instance over and over according to its original environment completely disregarding the new environment and residents. So what are they? These residual imprints are exactly that, energetic recordings of a dramatic or traumatic event Who’s energy was so great it actually imprinted on the surrounding energetic environment. These imprints have no consciousness no awareness and no real motive or Will. These types of hauntings are very much benign,they do not harm the living. The most common complaint would just be more of an annoyance and more so A fear factor. If the client truly wants these imprints removed it would be simply a case of a trained psychic medium to do an energetic clearing of the surrounding environment no other care should be needed. If allowed these imprints will continue to replay until the end of time.

Moving along a step up would be human wayward entities. These are actually spirits that lived human lives and still reside in the realm of the living. Wayward human hauntings can range from benign to extreme disturbances. The difference between these waywards are as vast and grand as the human race itself because you have to remember these were once living human people with their own personalities, motivations and their own opinions. The main reason they remain behind and have not crossed over is an attachment to people places and things.

Or sometimes the fear of crossing over.

However I caution you even though these wayward entities were once human, doesn’t mean that they are for the greatest and highest good. These once human entities can cause disturbances within the home. The most common motivation for these entities would just be in acknowledgment of their presence in general, they just want to be seen they don’t want to be forgotten and they’re just making a ruckus to let you know that they are still there. These disturbances can include playful moving of objects, knocking on doors and can escalate to full-blown apparitions, footsteps and vocal manifestations as in calling one’s name. The biggest tool for an investigator to identify which entity you’re dealing with would be your digital recorder. Asking questions and getting real time answers is a great asset to putting all the pieces together. If after your first electronic voice phenomenon or EVP session with your digital recorder does not yield proper evidence of what you’re dealing with then my suggestion to you would be to bring in a train psychic medium to evaluate the environment. OK moving forward, you’ve established that you have a human wayward entity haunting in the clients home…now what? Tread lightly because this is not your decision on what to do next. The decision to be made would be up to the client, if all they’re asking is for evidence of the entity in the home then that’s all that you have to provide. If they feel that they no longer can live side by side with the wayward and they wish to get rid of the entity then a few options can be given. The first one is the easiest which is actually having an EVP session with the entity and asking it to either leave or to reside in harmony with the client,see if you can get a real time answer. Usually this is all that is required and the entity will agree.

If this is not the case and the entity is resistant you have to be mindful first of the clients belief and cultural background. Suggesting they confide in their own religious practitioner to help with the clearing and blessing would be number one. If this is not an option then you can suggest bringing in a psychic medium to cross over the entity and then do a clearing of the residual energy.

If none of the above are options for the client the only thing that they really can do is move to a new residence. At this point you’ve done all you can and you shouldn’t push the boundaries any further and close the case.

The next entity that I have in mind are the native American human waywards. These entities are human but protocol to be followed is different. Native American history has a very mixed background and dealing with these entities you must be mindful that they do not follow modern traditional religious teachings. They typically do not respond to Caucasian male and female investigators for reasons I’m sure we are pretty much aware of. Not all Native American waywards are violent in nature but it has been reported that these entities can mimic demonic in nature. They can move objects they can scratch they can push they can growl. They pull all the stops and scare tactics to get you off of their land. Bringing in a psychic medium would only help in identifying the entity only if your E VP sessions have revealed nothing. Native American waywards do not want to be crossed over to the light because many of their belief systems suggest that crossing over into the light means you lose yourself and your own consciousness and you become assimilated into the light collective. Your best option at this point would be finding a local shaman or Native American religious practitioner to resolve the waywards issue and to establish a balance with the energy. If the client is open to this then proceed forward if not then there’s really nothing you can do on your part and you have to close the case.

The next entity on the list is shadow people and I thought this would be a great subject to bridge the subject of demonic. Many psychic mediums are baffled on the subject of shadow people, some are not sure if they’re human or if they are demonic or alien in nature. In my professional opinion they are both. They are very similar in nature but you have to be careful on identifying which is which. Human waywards can become shadow people simply by their own personal motivation in the haunting. When they were alive they probably had a dark personality. Naturally they could become dark as an entity and manifest in corners as dark thick blobs of a black mass, whispers, manipulation of children and animals. Movement of objects slamming of doors. Human shadow people however do not respond dramatically to religious icons. If you have a human shadow person then proceed with the previous protocol that I mentioned earlier regarding human waywards.

My next subject will explain how to identify that you have a demonic entity. Coming face-to-face with the demonic entity in the paranormal field is very rare But not uncommon. This is not to deter you or scare you but it’s good to arm yourself with knowledge. This is just the reality of paranormal investigations. These particular entities thrive and feed on negative energy. The most common areas they reside in are places where traumatic or dramatic events have occurred including hospital and psychiatric facilities that have had more than questionable practices. These particular areas pulsate with the negative energy and lasting residual imprints that demonic entities thrive on. However residential homes can have a demonic infestation and typically the weaker residents of the home will be commonly under attack and be the focus of the haunting. Demonic entities range in hierarchy, I won’t go into the different ones I am not a demonologist but they do have different levels of strength. Lower tier foot soldiers are the weakest in the hierarchy but nevertheless can inflict damage. When you go higher up in the hierarchy as an generals these entities can throw a grown man across the room. Typical signs are in fact black masses of energy, reports of growling, a feeling of oppression in the home or area, movement of religious items, physical scratches appearing on the clients body usually in threes which is the typical mocking of the holy Trinity. Usually health issues are a common theme within the family members or residents. Changes in personality is also a common theme these entities can influence moods and thrive on the outcome. If your equipment or EVP sessions yield nothing this is not an uncommon event. These entities do not want to be found out and will hide. It is typical to get more evidence on the second investigation. If evidence is not clear then your second option would be to bring in a psychic medium to evaluate the environment and to confirm the haunting. Let’s say you have confirmed that you have a demonic entity on your hands…. So now what?

If this is not a clients home and you were just investigating a psychiatric ward etc. you do nothing and you get out of there. The last thing you want is to have this thing follow you home. If this is a clients home first thing to do is to see what the religious and cultural background of the client is and then suggest that they go with their own religious practitioner of their choosing. If this is not an option then you can suggest having a psychic medium coming to the Home do a clearing first and then a blessing. If a blessing is done first this can irritate the entity and come back to retaliate on the client later on. These particular entities can be relentless so multiple clearing and blessings may be needed. It’s good to continue contact with the client to see their status. If the client is too afraid to receive help there’s nothing you can do and you have to close the case.

You as a paranormal investigator will figure out your own protocols and your own system when dealing with different entities clients and team members. What I have told you today is not written in stone but to my knowledge and my experience this would be the best course of action so I say to all of you have fun be careful and happy investigations.

If you’re having paranormal issues and you are in the Orlando area, we may be able to help..you can contact my paranormal team through our website The Beyond Investigators Orlando.